When is the Best Time for Fishing on Douglas Lake? 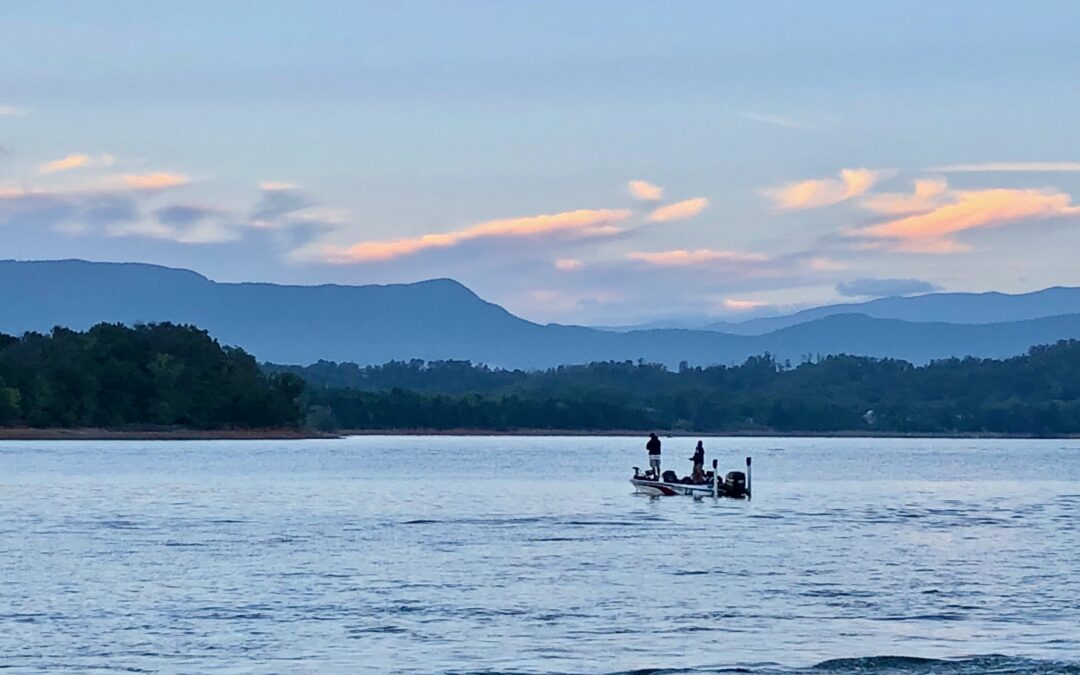 As the weather begins to warm up across Tennessee, people everywhere are flocking outdoors. What better way is there to spend a sunny day than fishing on Douglas Lake? Here in White Pine, we pride ourselves on the natural beauty that surrounds our town, and we love to take advantage of it year-round. Today, we are diving deep into the seasons of fishing on Douglas Lake and the types of fish that you may catch.

The history of Douglas Lake begins in 1942 when the Tennessee Valley Authority began construction on the Douglas Dam. The dam was used to provide hydroelectric power and to control flooding downstream in the Tennessee River Valley. The area was mostly rural at the time and greatly benefited from the power that the dam provided, but that’s not all. The dam also provided a beautiful natural area with potential for recreational use. Since Douglas Lake was formed, it has been a hotspot for boaters and anglers alike.

What Kinds of Fish are in Douglas Lake

Black bass thrive in Douglas Lake during the months of March through June, their spawning season. Fishermen will have the best luck in catching both the large and small mouth varieties of this fish in the shallower waters of the lake.

The best time to catch a white bass is between the months of January to April. Coupled with a New Year’s Resolution to get out on Douglas Lake more, you might just have a winning combination. These fish spawn in late winter, so you’ll have the best chance of bringing one home if you get your line in the water in the first quarter of the year.

Crappie are generally found in areas of the lake that are filled with brush. Additionally, crappie can also be found in Flat, Muddy, and McGuire creeks generally between the months of February and early May. Crappie is also a delicious fish to eat, so bring some home to fry up or grill for dinner.

Similar to white bass, the best time to catch walleye or sauger is between January and April. During the springtime, these fish make a spawning run to the headquarters of the reservoir and the French Broad River. If you can snag one of these fish, don’t let go! They are fighters, but their taste makes them well worth it in the end.

Seasons of Fishing on Douglas Lake

During the different times of the year, fish behave differently—just like humans! A good angler knows that when the seasons change, their fishing patterns must change, too.

During the spring, fish will typically bite the most during the late afternoon to early evening. This is due to the fact that the sun is directly overhead, heating up the water, and making the fishes’ metabolism ramp up. At other times of the day—the early morning in particular—fish will typically not bite, as the water is fairly cold and has not yet warmed. This can mean good news for an angler, as they have every reason to sleep in past the early morning wake up call.

During the summer, the hot sun can prove to be a formidable foe to the fisherman. As the sun reaches its highest point during the day, it heats the water and fish begin to move to deeper waters to cool off. If you’re going fishing on Douglas Lake during the summer, try heading out in the early morning or the late afternoon.

Fishing in the fall is commonly regarded as the best time for an angler to get out there, and we can understand why. Aside from the lovely colors of the changing leaves reflected off the water, the temperatures are milder and more comfortable for the fisher. In autumn, the best time to fish is during the afternoon to early evening. The water is warm enough that the fish come to the surface of Douglas Lake, and they are also bulking up for the winter so they won’t hesitate to pursue a snack. Anglers can catch bigger fish as they are putting on their winter weight!

In White Pine, we celebrate every season with the gorgeous natural beauty that comes with being near the Smoky Mountains and Douglas Lake. Whether you are looking for fun in the sun, good fishing, or a welcoming community, we are ready to host you and whoever you’re making memories with.