The History of Douglas Lake 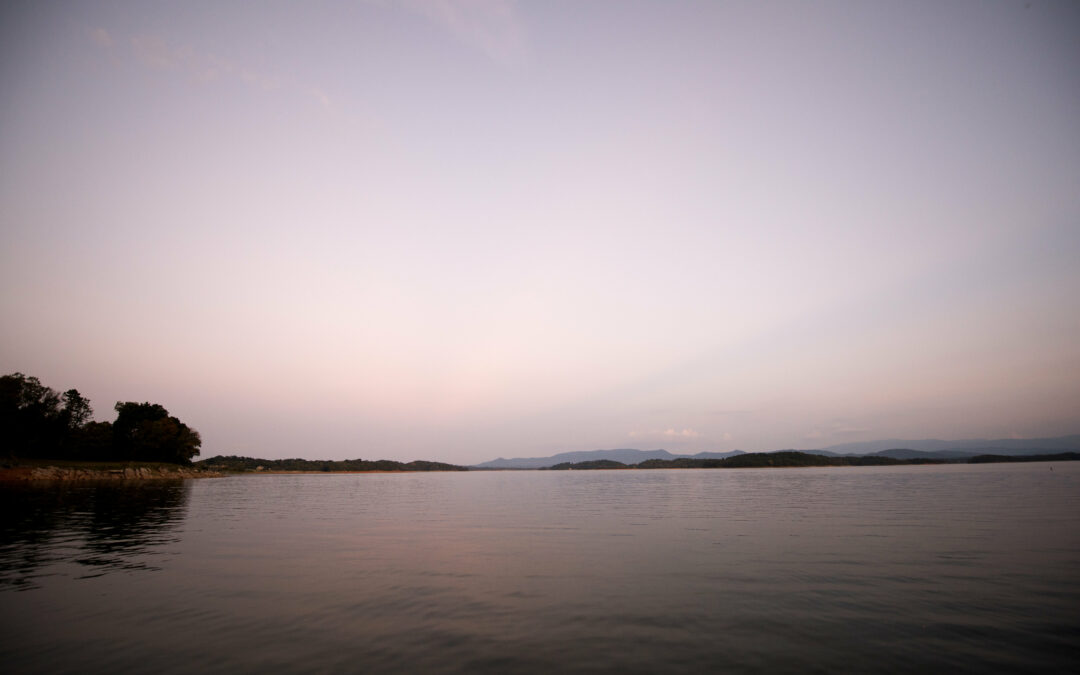 Douglas Lake, located at the foothills of The Great Smoky Mountains, is a scenic location with a fascinating history. Today, Douglas Lake is a leisurely place ideal for fishing and boating, but it wasn’t always that way. This manmade body of water was the center of controversy and played a significant role in World War II.

World War II began in September of 1939 when Germany invaded Poland. The United States declared war on Japan two years later in response to the Japanese attack on the Pearl Harbor naval base on December 7th, 1941. The US was part of the Allied Powers, their fellow members included the Soviet Union, Great Britain, France, China, and a few other countries that were less involved. The Allied Powers fought against Nazi Germany, Fascist Italy, and Imperial Japan. The Soviet Union, United States, and Great Britain were nicknamed “The Big Three” because despite their physical distance and their differing politics, their contributions to the war were key to allies’ victory. Over 16 million American men and women served in the war including 315,501 Tennesseans. In addition to the soldiers that served overseas, Americans at home made sacrifices and went to work to support their country’s war effort.

Wartime Manufacturing and the Need for Power

The United States military was not the powerhouse that it is today prior the World War II. A massive draft produced most of the military and the amount of military equipment was not adequate for a war of this scale. President Franklin Roosevelt famously said, “powerful enemies must be out-fought and out-produced” and he successfully inspired the country to do so. American civilians, many of which were women who did not work before the war, flocked to factories and even moved to cities where wartime production jobs were available. Americans were grateful to find job opportunities following the great depression, but there was one problem; the rising need for manufactured goods required more than manpower, it required more electrical power.

The Tennessee Valley Authority (TVA) is a federally owned electric utility corporation, established in 1933 as part of President Roosevelt’s New Deal to create jobs and supply electricity to rural parts of Tennessee. As mentioned in the previous section, the need for electric power skyrocketed when the United States joined World War II. Factories needed more electricity to meet the demand for aluminum used to manufacture military airplanes. TVA expanded to keep up with the demand, constructing 12 hydroelectric dams by 1942.

Douglas Dam was constructed as part of TVA’s hydroelectric expansion project. Douglas Lake was built using the same blueprints as the nearby Cherokee Dam. With a 30-million-dollar budget and 6,000 laborers, the dam was constructed in 382 days, record speed for a project of its magnitude. Harnessing the power of the French Broad River, it produced electricity to support aluminum production as well as the Manhattan Project’s nuclear weapons research in Oak Ridge. The dam created a reservoir known as Douglas Lake that covers 45 square miles.

Opposition to the Building of Douglas Dam

While the country as a whole supported the Tennessee Valley Authority’s expansion for the sake of the war, opinions were divided in the area surrounding the site of Douglas Dam. It isn’t hard to understand why some people were angry about this project. The massive lake that the dam forms forced 525 families from their homes and put 32 cemeteries under water. 33,160 acres were purchased for the dam’s construction, the land the expansive lake would cover and over 5,000 acres of forest was cut down. On top of the foresting and displacement of families, the dam also threatened a key part of the area’s economy—canning. The reservoir would cover thousands of acres of fertile farmland that was vital for growing canned foods. Tennessee senator, Kenneth McKellar, lead the fight against the dam. He successfully delayed the project for two months but eventually his objections were squashed for the sake of the nation’s success in World War II.

Small Wins for the Opposition

Despite his failure to prevent the building of Douglas Dam, Senator McKellar still made a difference for the families who were displaced. He joined the Appropriations Committee, and along with his colleagues he successfully convinced the Tennessee Valley Authority to reimburse the landowners whose property was seized for the building of dams and creation of the reservoir.

Dandridge, one of the state’s oldest towns, would have been drowned by the original dam plans. Citizens and local government leaders banded together to save their beloved town. The people of Dandridge pleaded their case to an unlikely figure, Eleanor Roosevelt. Their main argument for why their city should be saved was the origin of the town’s name. Dandridge is named after the wife of America’s first president. Dandridge was Martha Washington’s maiden name. Their fight was successful, and Eleanor promised that a saddle dam would be built to keep the reservoir from overtaking their city. A saddle dam, also known as a dike, builds up the sides of a reservoir where there are low points to prevent flooding. Today, the saddle dam is affectionately called “the dike that saved Dandridge” and the Jefferson County Courthouse has a mark representing where the water level would be without the dike.

Today, Douglas Lake is a popular destination for families, fisherman, water athletes, and campers. Douglas Lake Marina is one of several local marinas that offers boat rentals, watersport equipment rentals, and waterfront cabins. If camping is more your style, Indian Creek Dock Marina & Campground provides visitors with RV parking and campgrounds complete with electric, water, sewer hookups and even WiFi! Douglas Lake is a hotspot for Crappie and Bass fishing. Douglas Lake hosts professional Bassmaster tournaments throughout the year but is also a great spot for amateur and beginner fisherman. Local anglers are available to take guests on guided fishing trips for those who want to find out about hot spots or sharpen their fishing skills. Douglas Lake has a rich history as well as a bright future.

Visit White Pine and Douglas Lake for a Walk Through History

Douglas Lake’s beauty and the multitude of water activities are enough reason to visit but having knowledge of the lake’s history adds to the experience. In addition to the dam, Douglas Lake is surrounded by small towns with deep historic roots such as White Pine. Visit White Pine and Douglas Lake for a walk through history with a beautiful view.