White Pine, TN: Then and Now 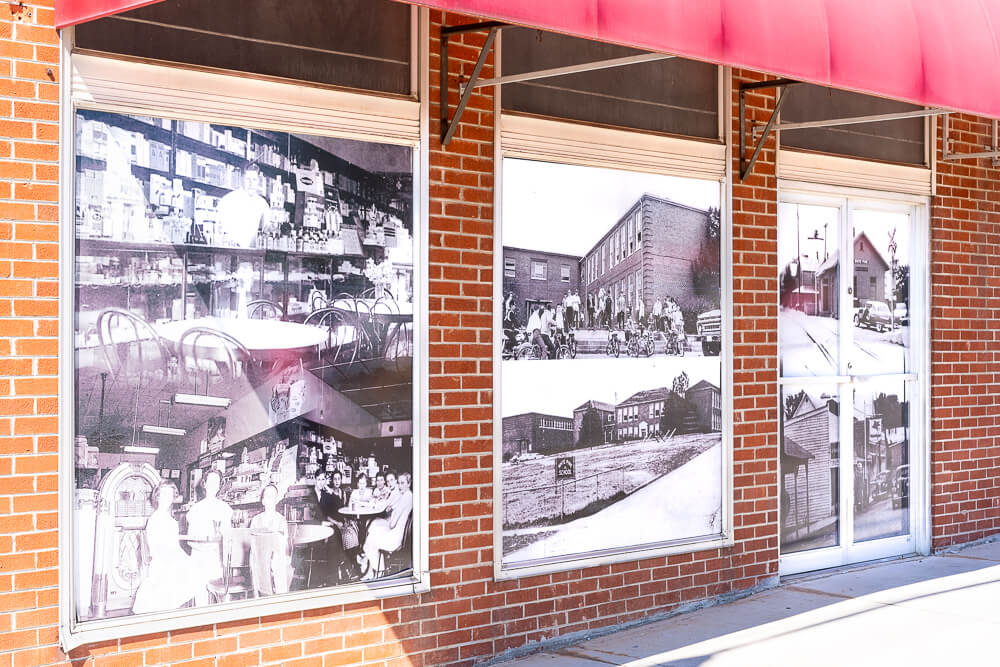 White Pine, Tennessee, is a beautiful town set in rural Jefferson County in the foothills of the Great Smoky Mountains. Originally referred to as “Dandridge Crossing,” this picturesque town has a rich history dating back to the late 1700s. White Pine has experienced tremendous growth from its beginnings as a Woodland Indian warpath to the thriving community it has become today. Discover the town’s roots and how it is growing toward the future.

The History of White Pine, TN

The very first residents of White Pine were the early Woodland Indians. Long before European settlers came here, the Woodland Indians used the land just a few miles away for large burial grounds, and a warpath made its way through the area. Early settlers most likely used this same path for travel when they began settling the area.

The first European settlers came to the area during the final years of the American Revolutionary War. Because Dandridge, TN, was an important settlement, the area that is now White Pine was originally known as Dandridge Crossing. Early settlers decided to make Dandridge Crossing their home because of its proximity to the French Broad River, which offered clean water and fertile soil. Once word got out about this little piece of heaven on earth, large volumes of settlers quickly made their way to the area and began building log cabin homes.

During the Civil War, the rest of Jefferson County was devastated by the war, but the area that would become White Pine was spared. Because the homes in the area were scattered and small and there was not yet an organized government, assaulting the area would have been a wasted military effort. Some of the larger plantations on the French Broad River were raided for supplies, but the rest of the soon-to-be White Pine area was left unscathed.

It was immediately following the Civil War that the town of White Pine came into existence. The formation of the town transpired because of the construction of the railroad through the area. The railroad crossed a stage road, so this became the perfect location for a new town to be laid out. In 1870, the town was commissioned, and in 1872 it was given the name White Pine because of the tall pine tree that grew along Main Street. It wasn’t until April of 1893, however, that White Pine became an incorporated town. Just twelve years later, there was a huge fire that destroyed the majority of downtown. After rebuilding, the town was incorporated once more in 1915.

In the beginning, the businesses that popped up in the town of White Pine, Tennessee, were centered around downtown. Some of the local businesses that were popular in the early to mid-1900s included Allen-Surrett Hardware, Calfee’s Market, Sanitary Drug Store, and Granny’s Dairy Mart, which is where the youth liked to hang out. The only hospital was little Allen-Baker Clinic. In 1926, White Pine built its first local high school, White Pine High School, but it closed its doors in 1976. In 1954, the White Pine Volunteer Fire Department was founded. Just nine years later, construction of Interstate 81 began near White Pine. Once the new road was accessible, businesses began moving away from downtown and toward the interstate. In 1974, the town of White Pine, TN, established its own police force for the first time. At this time, the town had a population of about 1,100 residents.

In the last fifty years, White Pine, Tennessee, has seen immense economic growth. The population has doubled and is now over 2,200. More and more businesses have made White Pine their home, including national companies such as Tru Homes and the global transportation company Old Dominion Freight. The town also now has a number of restaurants to choose from, ranging from Mexican cuisine to pizza. Today, White Pine, TN, has two parks, Lions Field and Legion Park, that provide recreational facilities for youth sports. In 2010, Lions Field added a splashpad for kids that has become popular for beating the summer heat. The town’s public streets and water utilities are some of the best around and are continually being upgraded, too. Presently, the police force has grown to include ten road officers, a detective, a secretary, and a chief. The White Pine Volunteer Fire Department has continued to grow as well and now has a high rating of four, and it hosts the White Pine Christmas Parade every year.

White Pine, TN, is now accessible by Interstate 81 via Exits 4 and 8. This easy access to the town has caused an influx of visitors and new businesses in recent years. More truck stops and restaurants are popping up near the interstate to attract travelers and to bring more income into the town. Lakeway Christian Academy, which offers AAU sports, has even realized how great this area is and has added a school near Exit 4. This is bringing in more students to the White Pine area from surrounding counties. Businesses are recognizing that White Pine, TN, is growing, and the town’s economic development team is working to bring more businesses in to boost economic and industrial growth.

White Pine, TN: Deeply Rooted in Heritage and Proudly Growing Toward the Future

The long history of White Pine, Tennessee, dates back to the beginning of the United States. Though our town has experienced its ups and downs over the years, it has remained steadfast and continues to grow. In recent years, our small town has become a center of business activity, spurring great economic growth. However, despite the additions of new businesses, our town has been able to remain quaint, peaceful, and safe. With its low cost of living and low crime rates, White Pine is a great place to live if you are seeking a home in a small, friendly town. Our charming little town is also the ideal place to retreat away from the hustle and bustle of life for a quiet vacation. Whether you are looking for a place to live or just a place to visit, White Pine, TN, is the place to be.