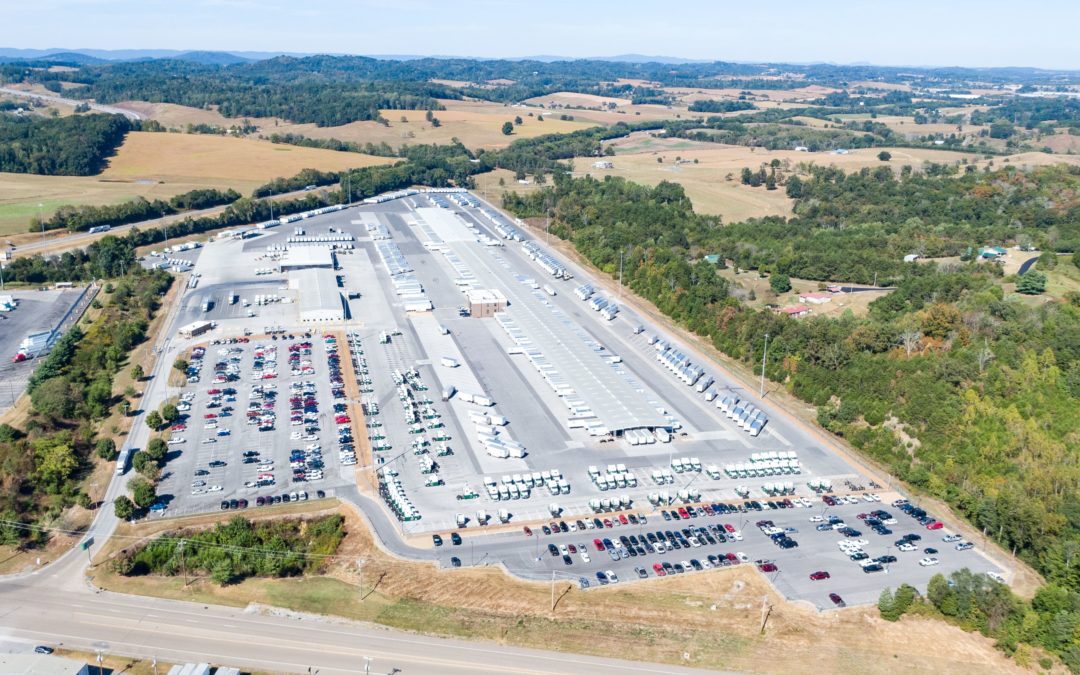 Established in 1934: The History of Old Dominion Freight Line

Old Dominion Freight Line was founded in 1934 by Earl and Lilian Congdon. The company began as a single truck driving a 94-mile route between Richmond, VA, and Norfolk, VA. In the mid-1930s, Old Dominion received the Interstate Commerce Commission to transport general commodities. This jump-started the company’s period of rapid growth. During World War II, Old Dominion led the way as the need for transportation between bases in Richmond and Norfolk created a boom in traffic. In the mid-1940s, drivers and warehouse workers went on strike against Old Dominion, causing the company to reopen as a nonunion carrier.

In the early 1950s, Old Dominion’s founder Earl Congdon, Sr. passed away. Old Dominion was then incorporated, and Earl’s wife Lillian Congdon took over as president. Their sons, Earl, Jr. and Jack, took up positions with the company as well. In 1957, Old Dominion acquired Bottoms-Fiske Truck Line, which allowed them to extend their operations to almost every major market in southern Virginia and North Carolina. Old Dominion moved its corporate offices to High Point, NC, in 1962 and merged with Bottoms-Fiske. Earl Congdon, Jr. then became president of the company, and Lillian became the Chairman of the Board. From 1969 to 1979, Old Dominion continued to expand until its coverage extended to the northeastern and southern regions of the United States. The company acquired other freight companies such as Barnes Truck Line, White Transport, Nilson Motor Express, Deaton Trucking, and Star Transport.

During the beginning of the 1980s, Old Dominion extended their services nationwide and began operating in Florida, California, Illinois, Texas, and finally Tennessee. The company continued purchasing assets and making acquisitions throughout the 1990s and 2000s. From 2001 to 2005, Old Dominion expanded into the west, including Nevada, Nebraska, Washington, Oregon, and South Dakota. They then expanded globally by introducing direct service to Canada. Starting in 2011, Old Dominion started offering consumer household pickup and delivery services, which drastically increased their business. Today, Old Dominion operates 237 service centers that provide complete coverage of the continental United States plus offers services to Canada, Mexico, China, and Europe.

As Old Dominion expanded across the country, they decided that White Pine, TN, would be the perfect location to build one of their service centers. The global freight company realized that White Pine is the ideal location for a freight shipping company because of its central location and easy access to major roadways. White Pine, TN, along with the rest of Jefferson County, has become a central hub of transportation in recent years now that major transportation companies have noticed the rich draw of the area. White Pine is located near the crossroads of two major interstates, I-40 and I-81, allowing for easy access to major roadways that can connect freight carriers all across the United States.

White Pine is also a great location for a freight transportation company because of its centrality. From White Pine, TN, a truck can reach 70 percent of the population of the United States within just a single day’s drive. This makes it easy for Old Dominion to get their domestic LTL freight shipments wherever they need to go from the regional service center in White Pine. This central location and easy access to infrastructure make White Pine the best place for transportation companies like Old Dominion to call home.

Many industry leaders have discovered that White Pine, TN, is the perfect place in which their businesses can prosper. This is largely due to the town’s central location and easy accessibility to all modes of transportation. Old Dominion makes use of White Pine’s proximity to two major interstates. Other businesses in White Pine take advantage of the nearby airports located less than an hour and a half away, including McGhee Tyson Airport in Knoxville, Asheville Regional Airport, and multiple smaller regional and municipal airports in the area. The residents of White Pine are proud that their small town has been recognized as a great place for business by large, global companies, and they eagerly await the arrival of many more in the future. If you have a business that is looking for a place to call home or you are looking to relocate to a small town with a big future, look no further than White Pine, TN. Find out more about our beautiful town at 865-674-2556 or online.